Megalith - One or more large stones used primarily by ancient cultures as some sort of monument. The positions of the stones typically have some significance astronomically, such as marking Summer and Winter Solstice sunsets. There are over 1000 megaliths in Great Britain predating 1500 BC. The exact usage for these ancient stones is unknown. Stonehenge is the best known megalith.

A concrete and substantial form is erected
And enclosed by a fertile landscape.
The moment of creation is awaited 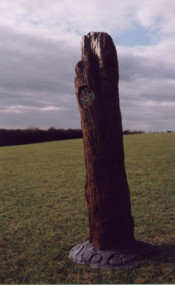 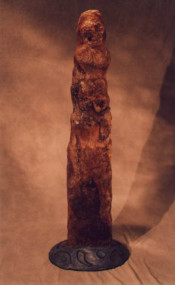 Happiness…it lies in the joy of achievement, in the thrill of creative effort.