The Celts were ebullient high spirited people who occupied much of Europe and particularly northern and central Europe between 2000 and 100BC. The peak of their influence was between 500-100BC when their territory extended from Ireland in the west, across central and eastern Europe to Turkey. They were fond of ornament and bright clothes, gambling, hunting and intellectual pursuits. They were feasters, drinkers, war-mongers - by Roman accounts "mad fond of war," - who were also known for their hospitality. Celtic society was based on kinship; all major events were marked by shared food and drink.

As for Celtic art, it is fundamentally an abstract art. It combines the natural and spiritual aspects of life depicted in a symbolic way. If I indicate a few examples we can obtain some idea as to the structure of their visual language. Trees, fundamental to Celtic life represented fertility, rebirth and the sacred link between the earth, the sky and the Underworld. The Celts perceived in all aspects of the natural world the presence of spirits which were alive in a supernatural way. These were part of what they called the Underworld.

Wheels and circles symbolise the sun, the sky god and thunder. Fire, an important part of ceremonies held three times a year in May, August and November, was the great cleanser and from it’s ashes sprang new life.

Water was worshiped as creator and destroyer and all sources of water were sacred. Lakes and rivers were concerned with passage into the Underworld, springs were associated with healing and wells were revered for their physical link with the Underworld and the wisdom that reputedly lay at the bottom of them.

Numbers too were mystical. Triple was deemed to be the natural order of things, so sky, earth and the Underworld went together. Earth, air and water; past, present and future. Even Celtic society itself was organised in the tripartite hierarchy of kings, warrior nobility and farmers.

The Celts were a knowledgeable people with a fundamental understanding of life in the round. The art and life of the Celts lives on today because it’s nature is timeless. The works and artefacts then as now are only limited by our own imagination. 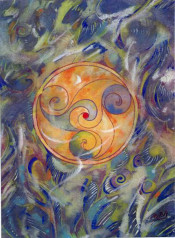 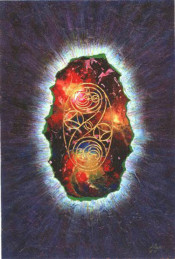 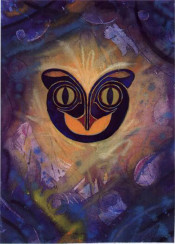 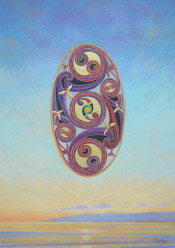 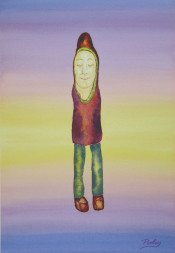 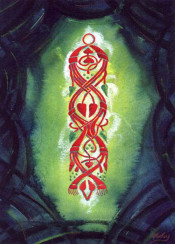 We can do no great things, only small things with great love